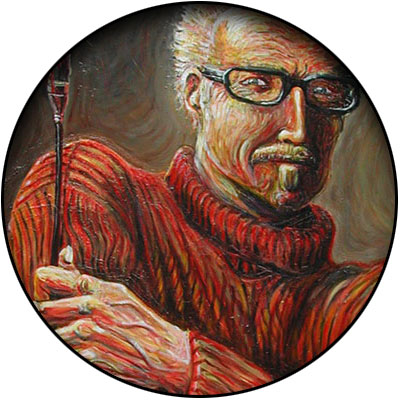 Peter Sesselmann was born in Sydney Australia 1964 and at the age of 2 moved with his family to Norway and returned to Australia in 1981. After many different careers ranging from “artificial limb maker” to “Jeweller” Peter finally settled on a family tradition of painting. Since taking up painting full-time in 2000, Peter has had several successful exhibitions and has been featured in numerous newspapers and magazines. In 2006 Peter undertook a Tree-change and packed up his home in Lane Cove - Sydney and headed for the beautiful and inspiring Hunter Valley and constructing the 100 m2 Studio on his 10 acre property in sawyers Gully. During this time Peter has also produced many major murals in Kurri Kurri, Cessnock and Patterson and is now ready for the 2017 re-opening of the Studio/Gallery after a one year pause due to a road closure. Peters is a prolific painter he has filled his studio walls with colourful and inspiring paintings of a variety of motives that will shock and delight!

Things to do!
s